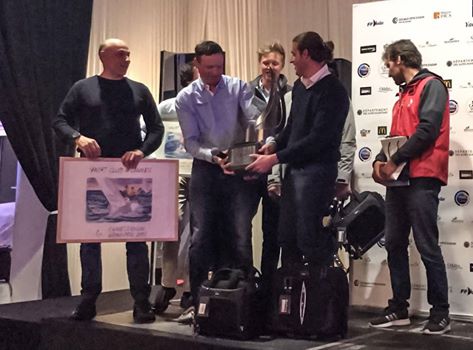 And ‘ended last Saturday the Cannes Dragon Grand Prix, big event held in Cannes 21 to 25 February, which saw the participation of the most important Dragons world famous.
The clear winner BUNKER PRINCE boat, boat of the Yacht Club Sanremo, carrying the Yevgen Braslavetz very great, Diego Negri and Vittorio Zaoli, the last two athletes of the Yacht Club Sanremo.
First victory in history for the Italians to a grade one class of Dragons, which are four in the world, and first major victory for the Sails Zaoli.
For fans of the “class of kings”, the next appointment in Sanremo with the Dragon Cup, namely March 23 to 26: provided 35 boats and a large number of samples.