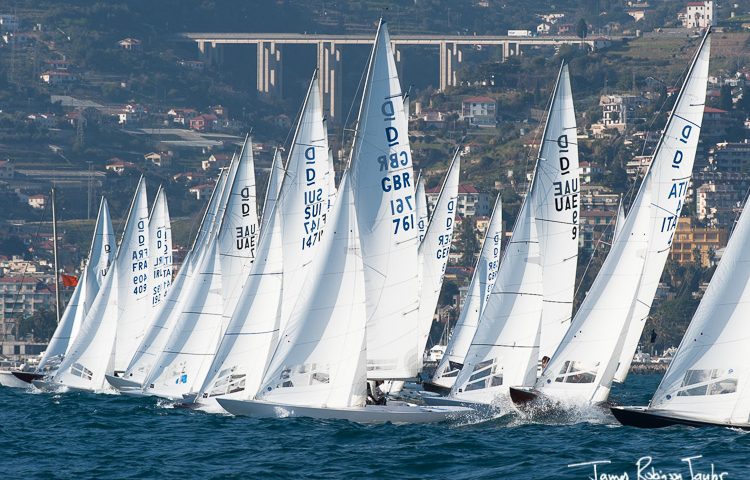 When you have to race the Dragons, the “King of class” show and elegance are assured.
It ‘been so for the edition 2016 of the International Dragons of Italy – Paul & Shark Trophy-, staged March 17 to 20 and organized by the Yacht Club Sanremo, with the collaboration of the Municipality of Sanremo and support, as well that the title sponsor Paul & Shark, also Transbunker, Pantaenius, Royal Hotel and Cozzi Parodi Group.
Six beautiful races sailed in the Gulf of Sanremo, the excellent climatic conditions in all four days with winds from both the east is from the west, creating every day, different scenarios.
The winner in the Overall standings was the boat Bunker Queen, carrying the helmsman Markus Wieser, Olympic champion and super star of Dragons, aided by tactician Diego Negri, the Yacht Club Sanremo athlete who will participate in a fortnight, always in Sanremo , to ‘European Star Winter Series. Behind the winners was placed Bunker King, helmed by Yevgen Braslavets, he already Olympic champion, followed by the Russian Anapurna, headed by Anatoly Loginov.
To win the title of Italian Champion for the sixth consecutive time, is Cloud, Giuseppe Duca with Sanremo Vittorio Zaoli and Jean Sebastien Ponce, who finished in fifteenth place overall, followed by Tergeste, Nando Colaninno, and Little Diva , Mario Quaranta.
This year a number of social events even after the race: Thursday, March 17, at the end of the race, awards of day with the casino chips at stake for the top three finishers and Welcome cocktail with shrimp and champagne. Friday 18 awards Paul & Shark at the Royal Hotel, with prizes also for the first three of the day, and cocktails for all to follow. Saturday 19 the usual award of the day and, thereafter, pasta party at the Yacht Club Sanremo.
Next meeting with the Dragons 13 to 15 May, to coincide with the big event called “Festival of the Sea.”