Concluded the “The Carnival Race” organized by the Yacht Club Sanremo

The 2020 sailing season was completely swept away by the storm that hit the whole planet, shattering dreams, expectations and unfortunately also many loved ones. As in all human activities, a return to normalcy is sought in a life that only now we understand how beautiful it was. After more than a year of absence from high-level regattas, the light comes back on the youth premier class: the “420”. The first selection regattas for the 420 class World Championship took place in Follonica (Grosseto) over the past weekend, to be held in Italy and in Sanremo from 2 to 10 July 2021. In Follonica they presented themselves at the start 96 boats ready to battle for a place in the national team. The Sanremo Yacht Club showed up for the appointment with the largest team in the championship with 14 boats (28 athletes) and 3 coaches. The regattas were very technical and characterized by winds between 5 and 15 knots on Friday and Saturday, while on Sunday, due to the strong wind (over 30 knots), the scheduled tests were not held. The athletes of the Yacht Club Sanremo, Tommaso Cilli paired with Helena Zerykier, already stood out from the first race and with a series of high-level partials (3 – 10 – 2 – 3 – 3) they conquered the second absolute position of the National ranking placing itself as one of the crews to beat for the 2021 season. The other crews of the Sanremo Yacht Club also did well with Roberta Greganti and Giulia Greganti (6th female), Francesca Ierardi and Giorgia Taddei (7th female), Valerio Mugnano and Gianpaolo Fellegara (20th overall and 8th male). The large team of the Sanremo Yacht Club was made up of the athletes: Tommaso Cilli – Helena Zerykier Roberta Greganti – Giulia Greganti Francesca Ierardi – Giorgia Taddei Valerio Mugnano – Gianpaolo Fellegara Davide Manica – Eugenio Di Meco Carolina Terzi – Viola Gentili De Noe G – Finke Giorgio Bruno Mantero – Camilla Mantero Vassallo L. – Federico Bortesi Tiri M. – Gallo M. Manica Nicolò – Frassoni P. Dante Perinotti – Ponzano P. Nocella A. – Paul Maria E. Zribtou S. – Lanteri F. The President of the Yacht Club Sanremo Beppe Zaoli says he is proud of the work done by the whole team and by the coaches Fernanda Sesto, Davide Vignone and Fabio Boldrini who have completed a very complicated and demanding trip to which, in addition to the technical problems of a regatta, all the problems have been added. linked to Covid. In such a difficult moment, the Yacht Club Sanremo with enormous organizational commitment in compliance with the regulations is preparing to host the “International Italian Dragon Cup – Paul & Shark Trophy” from 25 to 28 March and numerous other regattas in the hope of a new life. 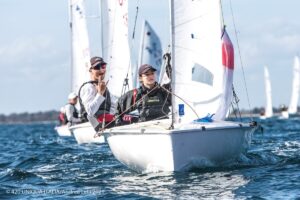 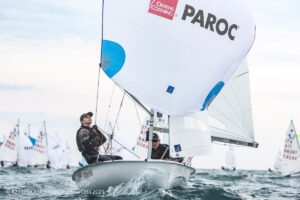 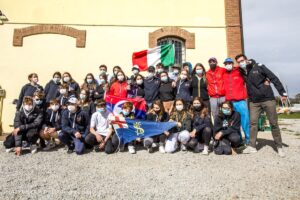 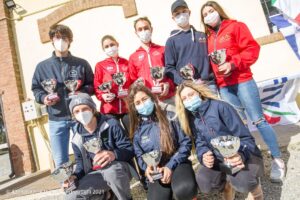 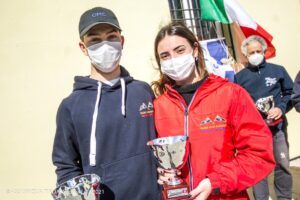