During the long Easter weekend, the second selection was held in Formia (LT) to gain access to the 2021 World Championship in the 420 class. Over 100 boats from all over Italy were present at the event to win a place in the team national. The competitive team of the Sanremo Yacht Club once again presented itself in Formia (LT) as the largest and one of the most prepared to gain access to the World Championship with various crews. The regattas were held in various weather conditions from 5 to 25 knots of wind putting a strain on all the crews. Despite the harsh weather conditions of the 3rd day of the race, the “mixed” crew of the Sanremo Yacht Club composed of Tommaso Cilli and Helena Zerykier won a great 1st place in the mixed crews and 2nd place overall, which after the first selection held in Follonica, which saw them 2nd overall, projects them to 1st place overall in the Italian “ranking list”. Excellent results also for the other athletes of the YCS competitive team with Valerio Mugnano and Gianpaolo Fellegara who finished 8th overall. Davide Manica and Eugenio Di Meco also did well, finishing 10th overall and Gabriele De Noe and Giorgio Finke who obtained an excellent 24th overall. To report an excellent result also for the sisters Roberta and Giulia Greganti who settle in 4th place for women and Bruno and Camilla Mantero in 5th place of the mixed crews. A praise to all the other members of the team who, despite their young age, have brought their regattas to an end even in extremely difficult conditions for the equipment and crews. The other members of the team are: Francesca Ierardi and Giorgia Taddei, Carolina Terzi and Viola Gentili, Lorenzo Vassallo and Federico Bortesi, Dante Perinotti and Pietro Ponzano, Maria Ludovica Tiri and Martina Gallo, Sabrina Zribtou and Francesca Lanteri, Anna Nocella and Maria Elena Paul . The well-known commentator of many America’s Cup regattas was also present on the Formia race course, Fabio Colivicchi who made an interesting interview with the leaders of the Italian classification Tommaso and Helena and visible at this address http://www.saily.it/ it / video / 420-formia-the-future-and-also-mixed The organizational effort of the Sanremo Yacht Club continues even more vigorously in these difficult and uncertain times to guarantee normality to its athletes and to continue its countless activities which contribute to giving great visibility to the City of Sanremo. In July 2021 the Yacht Club will organize 2 World Championships for the 420 class and the 470 class and other big news are coming in the hope of a return to “freedom”. President Bebbe Zaoli thanks all the YCS staff and in particular his coaches Fernanda Sesto, Davide Vignone, Fabio Boldrini and Andrea Abbruzzese, for their commitment. 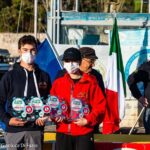 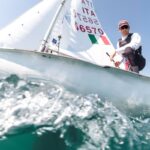 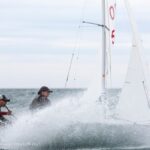 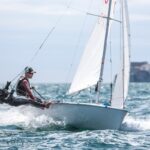 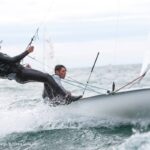 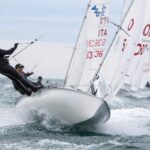 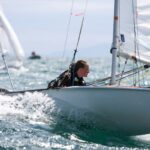 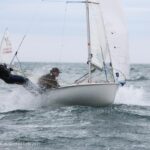 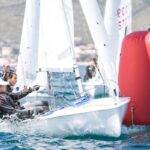 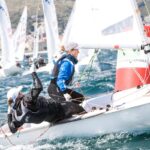