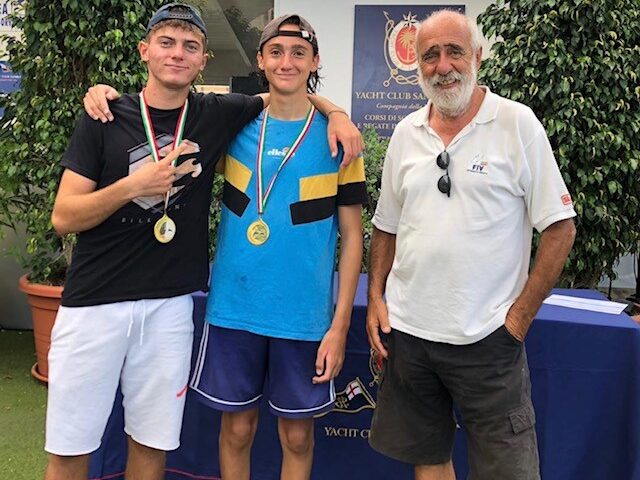 The races of the 420 class Ligurian Championship organized by the Sanremo Yacht Club with 25 crews competing for the victory took place on Saturday 27 and Sunday 28 August. Two days of regattas with a nice steady east wind between 8 and 12 knots which allowed the carrying out of six tests, pulled and with many disqualifications due to early departures.

Final podium dominated by the standard bearers of the Sanremo Yacht Club with absolute winners Valerio Mugnano and Luigi Di Meco and in second place the brothers Cecilia and Gabriele De Noe. On the third step of the podium the sisters Ludovica and Bianca Pastorino, of the Circolo Velico Vernazzolesi, also winners of the women’s ranking.

In the under 17s, another crew from the Genoese Club made up of Matteo Bacigalupo and Matteo Ferretti won first place.

Two beautiful days of regattas that made all the participants happy. The activity of the Sanremo Yacht Club continues: in mid-October there will be the European Championship of the L30 Class, a novelty for the Sanremo waters.